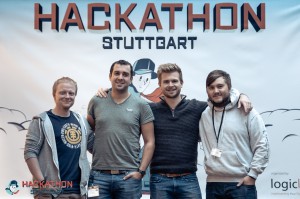 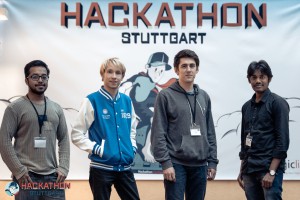 Idea description:
The Kärcher Street Sweeper gets connected with an iPad game and is used as controller for the game. The driver uses the street sweepers steering wheel to win inside the game. Each movement and different sensor data is used as live input for the game. The underlying goal is to motivate drivers even more for their work. There are also multiplayer possibilities to provide an even bigger challenge.

Idea description:
The user can use the mobile app in order to control and monitor the Kärcher garden hardware. This allows him for example to care for his plants and garden during a vacation. 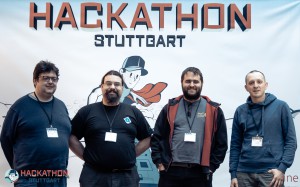 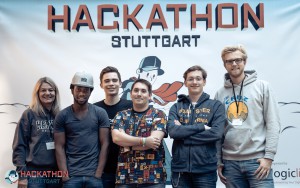 The main concept of the project is to provide decentralized beer selling in robust networks with Ethereum blockchains. The project can also be extended as an IoT platform to enable connection of other devices in the internet. 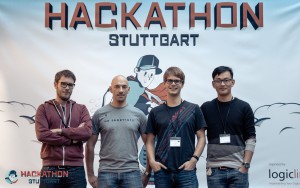 Backend: Not yet defined cloud based stack, C, Python

Implements and features the next level of sleep analytics. Leveraging various sensor systems, it not only tracks your sleeping behaviour but takes measures to improve the sleeping quality. In addition reports and dashboards are provided showing your sleep improvements. 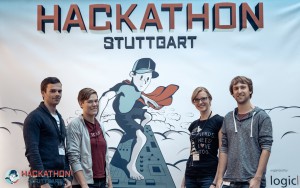 The goal of the project is to promote healthy drinking habits among users. The center of the concept is a Kärcher water dispenser that is illuminated by several Philips Hue that are positioned around the dispenser to attract people. There is another Philips Hue on top of the dispenser that reacts to the user who has the mobile app on his phone approaching the device using an iBeacon that is positioned next to the dispenser. The light on top signals the drinking „status“ of the user: e.g. red if there is an urgent need to drink something, green if the user is sufficiently hydrated already etc, so it shows context information for the user.

The mobile app shows the user his daily history along with the current status. The background image of the app illustrates what the user is supposed to do: e.g. it shows a desert in case the user did not drink enough to show him that he should drink something. There are also elements of gamification: There are monthly awards for the „best drinker“, challenges in certain groups and more. Additionally, there is a Leitz Icon printer next to the water dispenser that can print motivational slogans and also awards that can be stick on the drinking cup. 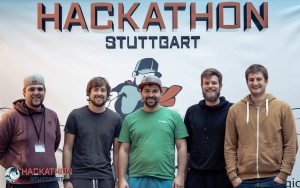 The developed solution features bike sharing similar to the already popular car sharing. By using a mobile application and geolocation the users can find a bike close to them and go for a fun bike ride. As an innovative feature the users can leave the bike wherever they are when they have reached their destination or are out of breath. 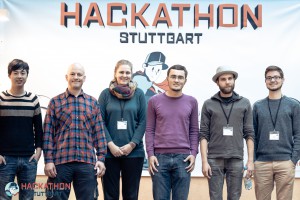 Frontend: A stack tbd that works…

1. They sit too much

2. They drink not enough

The implemented solution covers all these issues by making the water cooler a fun place to be. Every time the users grabs some water at the water cooler she/he will get some points (tackling issue 1). Placing the water cooler at a remote area keeps the office workers walking (tackling issue 2). By implementing additional games like „squads in front of the water cooler“ the user gets the possibility to gain some extra points. This also includes games forcing the office workers to smile which not only adds some bonus points, but also forces them into a good mood (and therefore tackling issue 3).
On top of that a message can be left for the next „water cooler gamer“ (e.g. for throwing down a challenge) and therefore brings in some social factors.
Maybe there will also be a web application showing the current ranking…

The idea is to use dogs as smart sensors for the discovery of different events, e.g. natural disasters.
The behaviour of the involved dog is monitored and measured by a smart dog tag and then aggregated to get an idea of unusal events in a certain area. So basically, the dogs informations valuable by the amount of events that are available from a certain area. This could be used e.g. to forecast an upcoming earthquake by noticing that lots of dogs get nervous in that area and correlating this with information available via other channels. 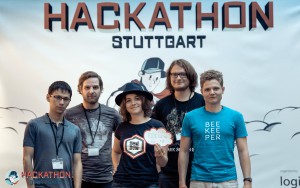 React Native for iOS and Android

An additional functionality for CAR2GO that will allow a wider range of customers (e.g. people who
don’t have a driving license, people who had a few drinks or unable to drive due to any other reason) use the CAR2GO service when another customer is driving, and share costs. Drivers benefit from the convenience of going home by car when paying only 40% and passengers enjoy comfortable, safe and convenient ride home for quite a low rate too. 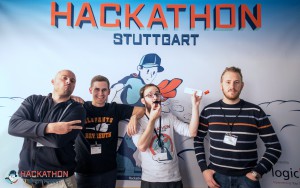 A lot of 3D Printouts

Before the user gets served with alcohol, he has to blow into a breathalyzer and be below a certain
configurable treshold. In case the measurment overruns the treshold, no alcohol is served. There is also a smart forecast predicting that the treshold would be overrun with the served amount, therefore only serving an amount that would still keep the user under the treshold.
Ideas to further extend the project are to include a tournament mode, where other users can be challenged or a forecast starting when the user will be allowed again to drive. Also integration with Car2Go is planned. 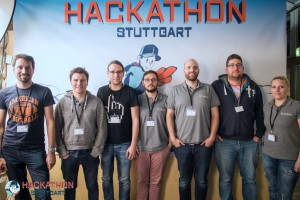 Implements a real time plant management system focused on encomic plants/the industrial sector (of course the system is also suitable for all our garden friends). Through various sensors the application monitors the health and „status“ of the plants and takes measures based on the collected data.
On top of that the users can always get the latest real time information by looking on one of the various dashboards in the included web application. 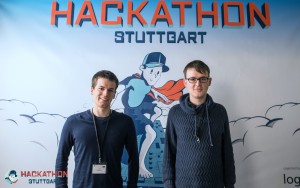 The project originates from a university project that started before Hackathon. It provides a GUI in which code can be created through building blocks. The project is mainly targeted
in developing code for virtual robots. 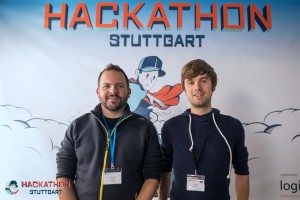 Backend: Not yet defined cloud based stack

Tired of tracking your time? The developed application disposes the need to manually enter time data into your timetracking systems. The solution automatically tracks your time based on geolocation through a mobile application. By leveraging a web based application the user canassociate a specific area with e.g. a specific project. Offering integrations to several time trackingsystems, the time data is automatically migrated. 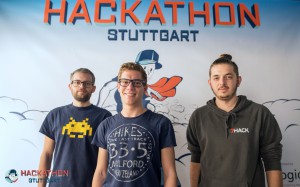 The goal of the project is to create a role playing game based on the Kärcher fleet management system. Through the project a playful administration tool will also be provided along with integrated chat. 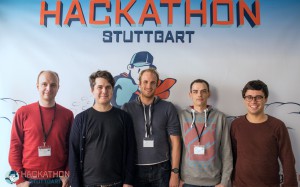 Project name: Kehrwoche as a service

The application features a responsive web application through which the users can „order“ the
cleaning of a specific geographic area. For providing time- or area based billing the solution directly connects to the „Kärcher Cloud“ to gather the geoinformation of the various „Kärcher cleaning systems“ (e.g. when these enter a specific area). After the cleaning order is finished the bill is sent to the customers via E-Mail.
The system is only limited by the connected „Kärcher cleaning systems“, so outdoor- as well as indoor cleaning can be thought of… 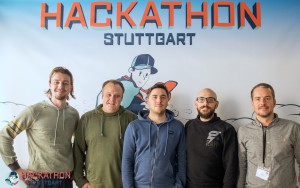 Throughout the day, most of the cars are just in parking mode. In fact, even car-sharing companies, like Car2Go, achieve only a car usage rate of 14% of their fleet. The app tries to tackle this issue by allowing to match the driver with another random car passenger who wants to go to the same direction. 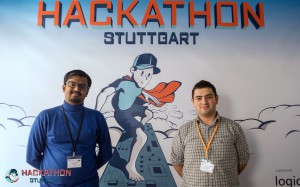 Backend of Services in JS