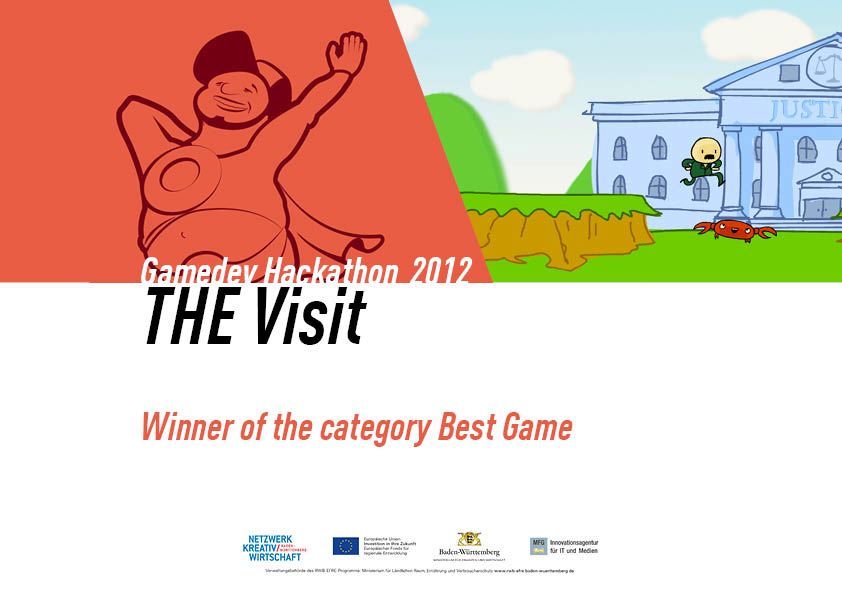 Winner of the award ‚Best Game‘ and a temporary digitaltutor licence is the team of THE Visit. Congrats to this outstanding performance!

Back in the days of the Hackathon Stuttgart 2012, the team around Marius Fietzek, Benedikt Hummel and Irina Gross won the price for the Best
Game.

The story plays with cliches which are known out of classic games like Super Mario and construes them completelly new!
If you kill a someone (a crab) you will get punished…try to be a gentle-man 😉
the surprise effect and the many different endings of the story makes this game outstanding playable!
If you want to have a look, check out the link: Play it right now! 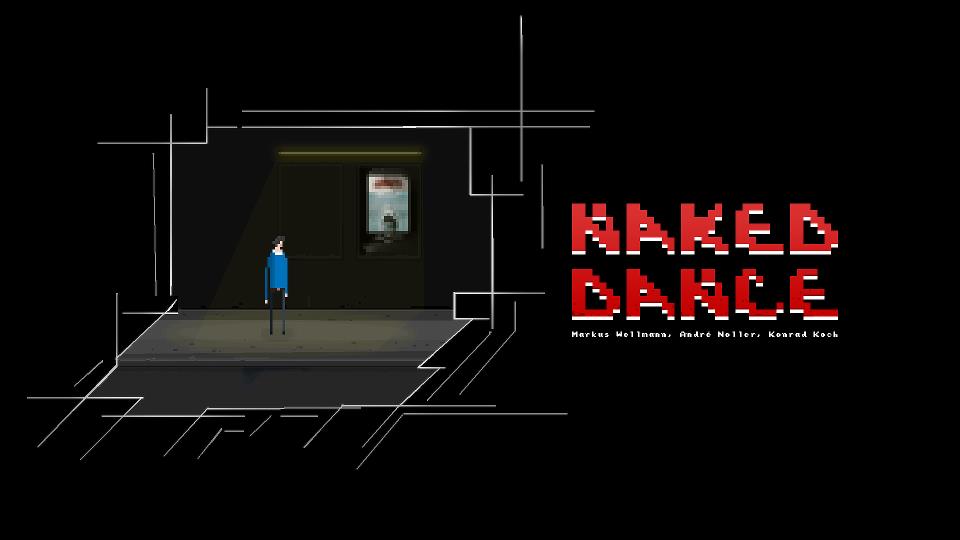 The winner of the award ‚Best Design‘: Naked Dance, an 8bit-dance-Kinect-combo

Konrad Koch, Markus Wellmann und André Noller surprised the jury with their concept and won tickets for the Gamescom!

Although the team stays completely dressed the concept was outstanding!
Music was made out of the movements of the player…. not like in the old dance-games, where you are dancing to the music.
This concept paired with the 8bit graphic deserves the award for the ‚Best Design‘! 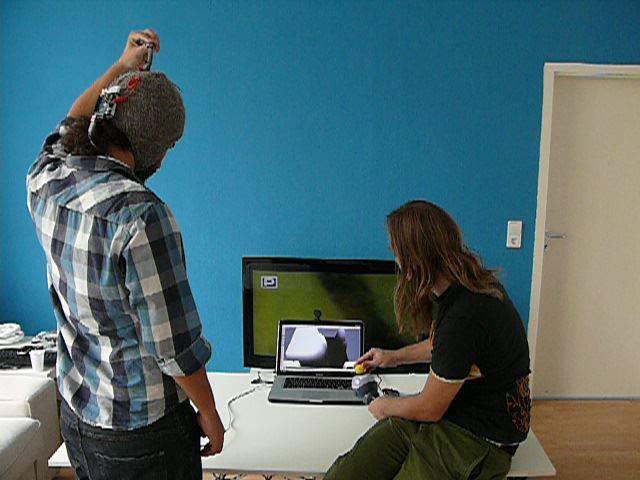 The ‚Most Innovative Game Concept‘ goes to…amazen‘ hat comander‘. So amazing stuff that you can’t just tell it in a few words…

This Two-Player-Game was invented with the Grasshopper Engine. In the hat is an build in Flex-Sensor which tracks the movements of the table tennis ball on a microscope.
Raphael Lang, Guz Gutmann, Camilo Anabalon, Lukas Mocek and Stephen Chan won with this award also tickets for the Gamescom 2012!